G-CAP is an extension of DJ Ready D’s insight into community and youth development. This has influenced us to take proactive steps based on road fatalities and the increase in accidents involving motor vehicles (SR4A).

Our work expands with entities and events such as:

We are proud to announce our 12 Hour #GCAP #Megastream that will commence on various online platforms. Please stay tuned for further details regarding performance schedules and how you can donate. Our intentions, efforts and donations will go towards communities in need. We would like to thank everyone involved for opening up their hearts to this initiative.

The launch of the clinic, part of a ManUp campaign aimed at safe circumcision, was timed to coincide with the “Movember” moustache-growing campaign that draws attention to men’s health issues, particularly cancer.

A festive launch event at Belhar’s Airport Mall included an appearance by DJ Ready D, an exhibition of drifting in the parking area in a ManUp-branded car by stunt driver Malikah Daniels, gaming stations and an appearance by Cape Town actor and former Belhar resident Christian Bennett. 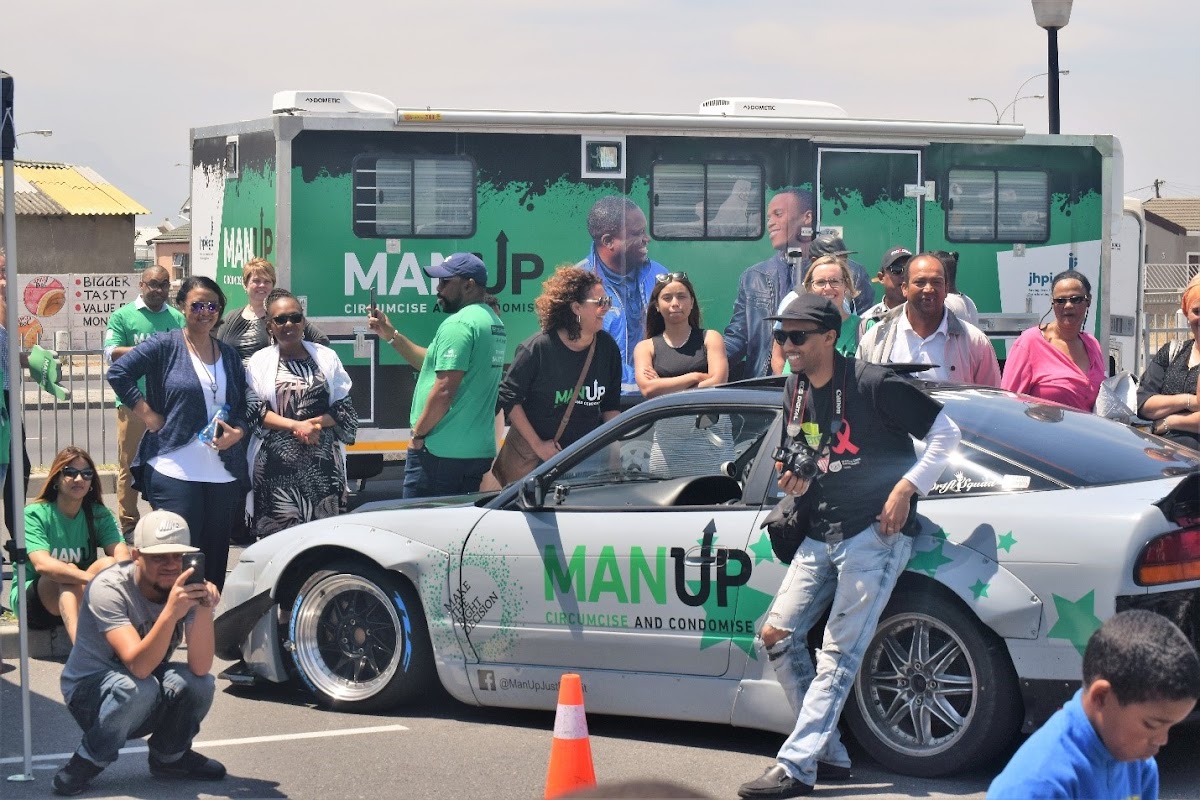 Drifting is an edgy sport, gaining in popularity in the Western Cape. Drifting events and competitions attract a predominantly male audience (perfect for our Man Up campaign) but the sport also appeals to a female audience – who love that Malikah is taking charge with her drifting skills!